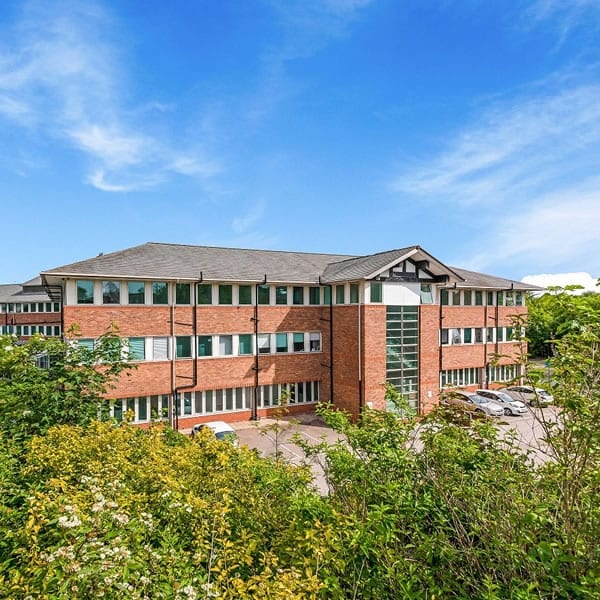 Silver Arrow Investments (SA Investments) is one of the leading estate agents in the UK offering investment opportunities in the UK’s Northern markets. With its wide portfolio, it also offers properties for tenants looking to rent in major Northern cities.

As part of its plan to raise the occupancy rate for the apartment complex, Castleview House, SAI was holding an open day. Up until now, SAI had been using a range of channels to advertise its open days. This ranged from adverts on property marketplaces such as Rightmove, to print advertisements in local shopping centres. They were keen to generate more leads and increase the attendance of the open days, but were unsure of the best way to do this.

It was at this point that Public Nectar stepped in as SAI marketing partner. We had run many lead generation campaigns for clients in the past using Facebook, and were confident we could apply our approach to the open day campaigns.

The goal was set: Increase the occupancy on the flats by 50% off the back of the open day. Although the bar was set high, we knew it could be achieved with the right strategy. And so we got to work!

With the end of the year looming, SA Investments had its eyes set on the yearly goals. They wanted to increase the occupancy on the apartments, but they were very keen to do it before Christmas. As we were already in Q4 at the start of the campaigns, we knew we didn’t have the luxury of time. We needed to give people a reason to move in before Christmas. 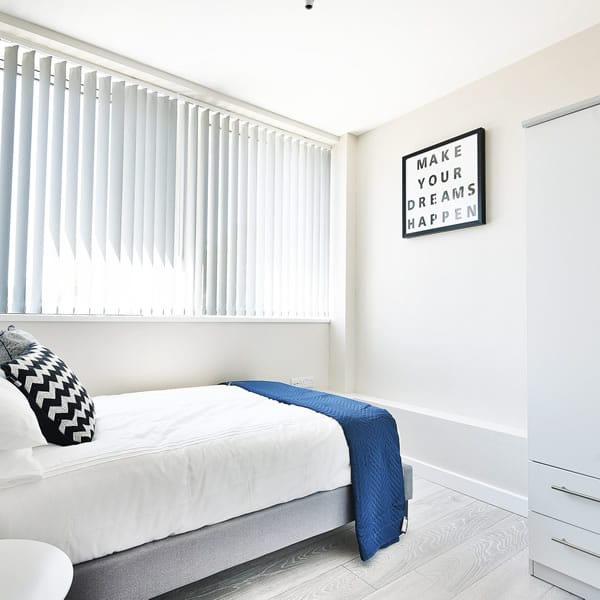 We knew that the best way to get people to act was by introducing a sense of urgency. And nothing did this better than a time-sensitive offer. And after discussing with the SA Investments team, we came up with a choice for prospects: If they moved in to one of the apartments before Christmas Day, they could choose between receiving a free, modern furniture package with the apartment, or not having to pay any move-in deposit at all. We believed that, with such a strong offer, we could generate a lot of interest around Castleview House and attract an abundance of leads.

We began by producing video and image creative to use in the campaigns. These would each showcase the features of Castleview House and highlight the offer in different ways. We believe it’s important to get together different styles of creative, as it can be surprising which ads prove to be the most effective. After compiling a list of interests and demographics to target, we began the all-important testing phase.

Testing should be a key part of any effective Facebook campaign. Often, it’s what separates average campaigns from highly profitable campaigns with strong ROIs, and this was shown in the campaign we ran for Silver Arrow Investments. We were testing various creatives, from professionally-made videos to stylised graphics, and even simple unedited photos of the apartments. We had videos made that we thought would perform very well, but the results surprised us.

Many of the videos and graphics were achieving standard click-through rates (CTR) of between 1 and 2 percent. But one ad in particular was outperforming the rest, and was achieving a CTR of 3.88%, nearly 4 times higher than the industry average. And when we looked at the ad, it surprised us: The ad with the highest CTR was a single, unedited image of the apartment block taken from the outside. 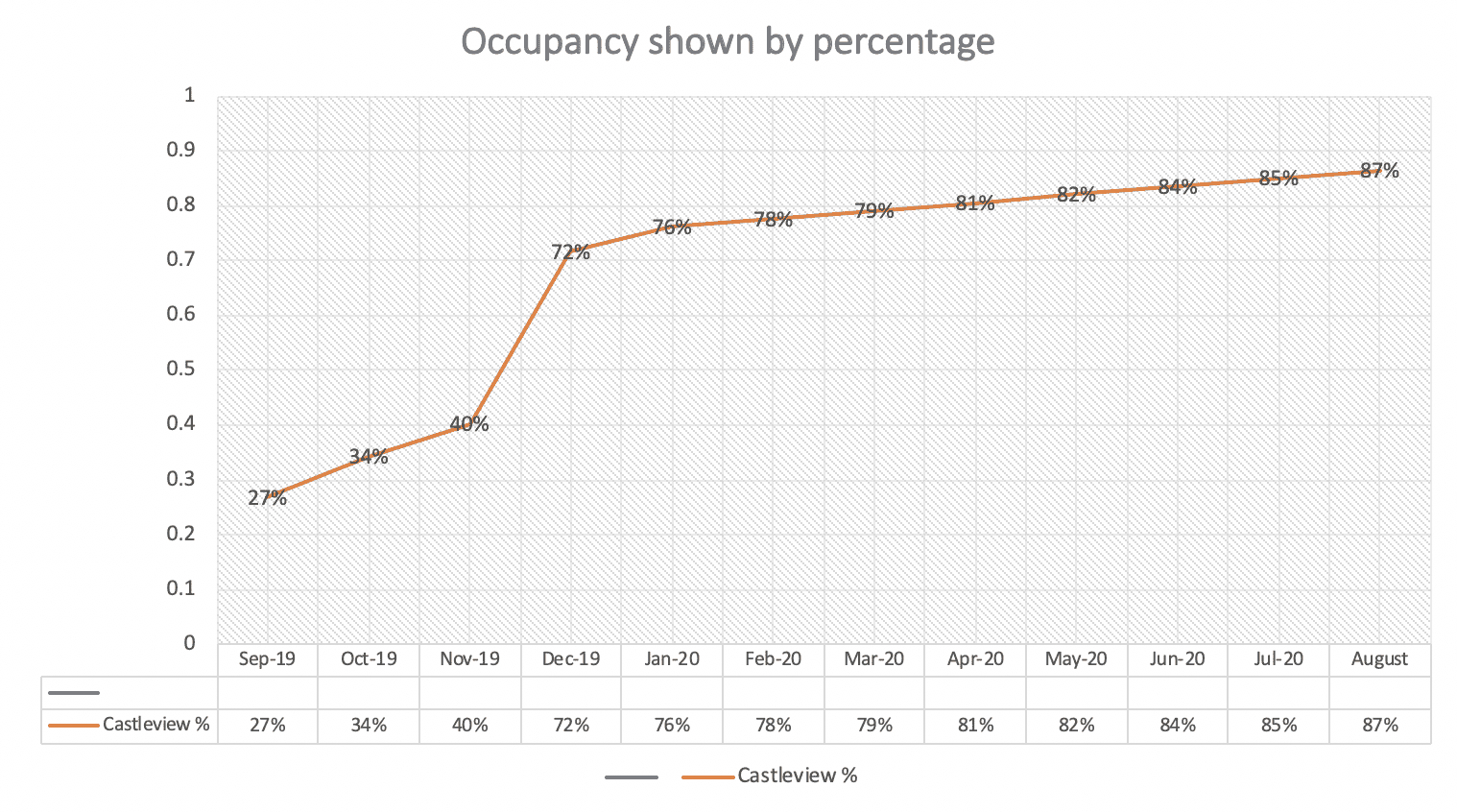 Once we found this unlikely winning ad, we began to scale it vertically. From this, we started to generate leads at a much cheaper cost for our client. In fact, we were able to decrease the cost per lead (CPL) by 66% just off the back of scaling this winning ad. This shows the importance of testing, as it can often be the difference between a very expensive campaign and a very profitable one.

But we knew that once leads were on the email list, the job wasn’t done yet. It was one thing to get prospects interested in the open day, but it was another to get them to attend. It was important to achieve as high an open day attendance as possible, as this would be a prime opportunity to secure a move-in decision from the potential renters. We had to keep the leads engaged.

The way we did this was to set up an email sequence drip once prospects had joined the list.

It was important that we kept the apartments, and ultimately the Christmas move-in offer, top-of-mind for the customers after they had enquired. We set up a 4-part email sequence, each scheduled a week in between the last. The benefits of this were two-fold: firstly, customers would be reminded of the open day coming up to view the apartments for themselves. And second of all, we could re-engage prospects who had enquired, but then dropped off the sales journey.

The email marketing strategy we implemented was a very effective way to keep the leads engaged. Although it is something we could have left out from the overall advertising campaign, we believe it would have led to a lower open day attendance than anticipated.

The open day for Castleview House finally arrived, and was SA Investment’s busiest to date. Off the back of the open day, 21 prospects signed to move in before Christmas. And while the original goal was to increase the occupancy from 27% to 50%, the occupancy rate more than tripled to 87% thanks to the successful open day. What’s more, the marketing budget for the campaigns had been used in a much more effective way thanks to the 66% decrease in CPL. 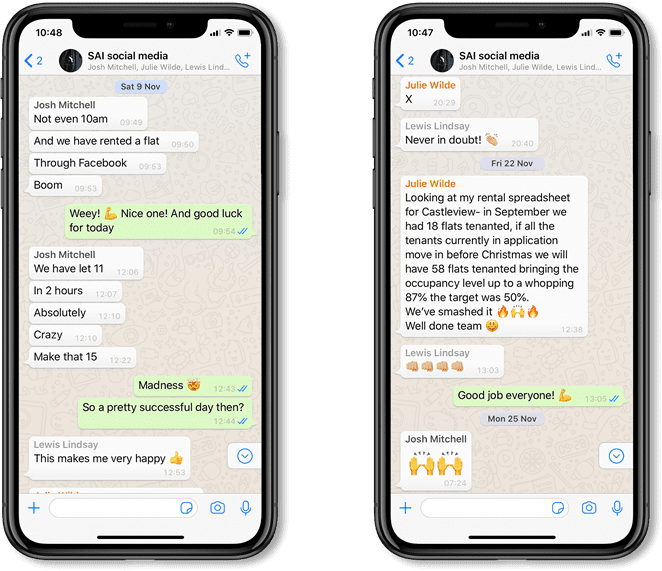 Of course, the results arising from the open day are in part to the effective sales representatives on the day. But such an interest around the apartments at Castleview House wouldn’t have been possible without the success of the Facebook advertising strategies put in place by Public Nectar.

If you’re looking to find out how Facebook could be used as a powerful marketing machine for your business, book a free strategy call with us today!

“Lewis has been a pleasure to work with… there are a lot of agencies out there but Public Nectar is second to none… Not only did they deliver results but they were so easy to work with. I would recommend them for any of your social media advertising needs.”